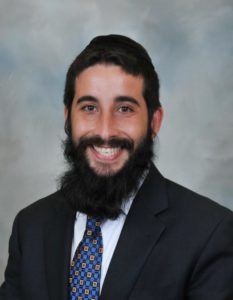 Rabbi Arye Sufrin is a native of South Florida, and has served on the staff of YULA since 2008. Rabbi Sufrin graduated with honors from Yeshiva University's Sy Syms School of Business, holds a Master’s Degree in Jewish Education and Administration from the Azrieli Graduate School for Education, served as a Legacy Heritage Fellow for at the Yeshiva University office of School Partnership, and recently completed the YU Lead future Jewish Leaders year long professional development and training program. Rabbi Sufrin is currently a Doctoral student at Azrieli. Rabbi Sufrin and his wife Tamar are blessed with five children: Avigail, Eliana, Tzvi, Elisha Dov, and Leora Zohar. 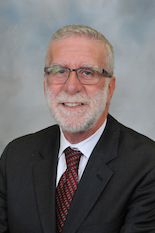 Rabbi Schreiber has been a Jewish educator in Los Angeles for 40 years. For the past 10 years at YULA, he has been a respected rebbe and administrator who has earned the admiration of our entire faculty, student body, and YULA community. Rabbi Schreiber will assume the role of Principal of YULA Boys High School. His focus of responsibilities will include mentoring faculty, overseeing and implementing the educational direction of the Judaic Studies program at YULA, curriculum implementation, discipline, and maintaining an efficiently run building throughout the school year. Rabbi Schreiber will determine Judaic Studies student placement and staff teaching assignments, and will serve as the administrative supervisor for all faculty. Inquiries about Judaic Studies should be directed to Rabbi Schreiber. 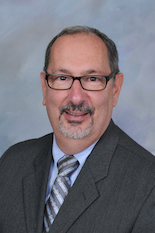 Richard St. Laurent is the Principal of General Studies. Mr. St. Laurent was born and raised in Berlin, New Hampshire, a small paper mill town in the White Mountains. Some of his fondest memories are of school days taught in both French and English, as the population was 80% French-Canadian heritage. Mr. St. Laurent attended an all boys boarding high in Enfield, New Hampshire where he developed an appreciation for the outdoors and teaching. He earned his B.A. in French and psychology and later an M.S. Ed. in School Administration at Indiana University. Mr. St. Laurent began his teaching career in public high school and soon joined the faculty of the Canterbury School in Fort Wayne, Indiana where he taught French, religion and life skills. He was also named the school’s first Middle School Director. Mr. St. Laurent’s next stop was in the Bluegrass State as Middle School Director at the Sayre School in Lexington, Kentucky.

Mr. St. Laurent moved to southern California to become Assistant Head of School at Rolling Hills Prep where he developed the school’s outdoor education program. He later became head of school in Iowa and worked in independent school accreditation. Most recently, Mr. St. Laurent traveled to Shenyang, Liaoning, China to advise a group looking to establish an American high school for Chinese nationals. Mr. St. Laurent lives in Redondo Beach with his wife Marcia, who has worked in development and marketing in independent schools. They are blessed with two daughters, Sara, a learning specialist for an independent school in New Orleans and Kate, a manager and buyer for a women’s boutique in Manhattan Beach. 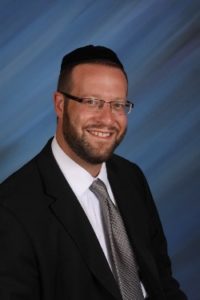 We welcome Rabbi Abramczik to the senior leadership team as he assumes the role of Dean of Students. For the past 10 years, Rabbi Abramczik has inspired our students as a beloved 12th grade Rebbe and most recently as the Rebbe of the newly implemented Masmidim Program. Under his direction, YULA masmidim completed three mesechtot and reviewed over 15,000 amudim of gemara collectively this past year. Rabbi Abramczik’s mandate is to work with all stakeholders to meet all of our student's spiritual, emotional, and academic needs. Rabbi Abramczik will also supervise the student activities coordinators, teach in our Torah Studies department, and continue to lead our very successful Israel guidance program. Questions regarding student social and emotional growth and development, student activities, and Israel guidance should be directed to Rabbi Abramczik. 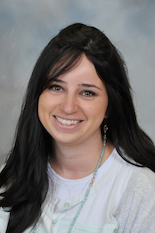 Rochel Gargir joined the YULA team in July 2014 as the School Administrator before moving onto her current role in July 2021. As COO, Rochel's primary focus has been overseeing the campus completion, security, facilities, and running the various logistics of our development office. She is also responsible for coordinating our various fundraising events, and serves as a key coordinator on our capital campaign. Before assuming her current position, Rochel served as Administrator at Maimonides Academy for four years and at Shalhevet for six years. Rochel attended Sy Syms School of Business after seminary in Yerushalyim. She and her husband Shachar have four children. 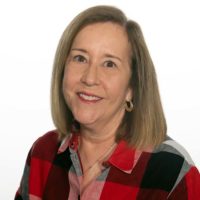 Mrs. Nancy Schiff was born and raised in San Antonio, Texas, and moved to LA in 1989. For 10 years, she worked at Maimonides Academy as the School’s Operations Manager.  Mrs. Schiff joined YULA Girls in February 2011 as the School Administrator.  In July 2022 Mrs. Schiff assumed the role of Director of Finance for both the Boys and the Girls Divisions.  Mrs. Schiff and her husband Mark have three boys, all who have attended YULA at one time. Many of you might know her husband, Mark, who is a stand-up comedian. Mark tours with Jerry Seinfeld and entertains “kosher” crowds across the US. “I love the staff and students at YULA.   My boys went here and not having girls myself, I look at all of our girls as my daughters. I am here for all of them. 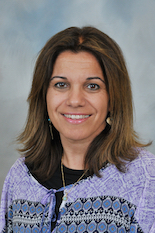 Ziva Zeharya was born in Israel and raised in different countries around the world. As the daughter of a Head Consul of the Israeli Consulate, she lived in Iran as a baby and moved to Los Angeles at the age of 10. She attended Beverly Vista and Beverly High School. At 16, she moved back to Israel where she earned her high school diploma and proudly served in the IDF. After getting married, she returned to Los Angeles to pursue advanced degrees. She received a BA Degree from CSUN in Child Development and Jewish Education and a Masters Degree in Education and Administration from the University of Judaism where she graduated with excellence. Ziva's work experience includes 20 years of teaching Hebrew and directing many Jewish-education programs. Ziva was a Hebrew teacher at Milken, a Director of Temple B'nai Hayim Religious School, and a Director of Hebrew and Judaic at Heschel West Day School. She has 4 boys and is very excited to be a proud YULA parent this year. 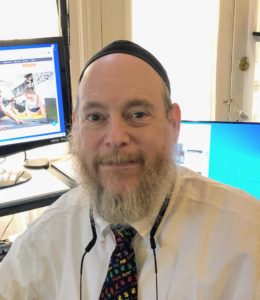 Yossie started his career in education in the early ’80′s as the micro-computer lab manager for the University of Winnipeg, Continuing Education Department. From there, Yossie went on to teach for other schools as an Adjunct Professor of Computer Science, a Middle School Science Department Head, Paramedic Instructor Trainer, and a school division Director of Information Services and Educational Technology. In the late 90′s, Yossie was twice nominated as a Disney Teacher of the Year for his innovations in teaching middle school science. Yossie previously directed a multi-school, international, consortium that helped Jewish schools implement 21st Century Educational strategies. That consortium was so successful that CIJE - The Center for Initiatives in Jewish Education - brought Yossie on to work exclusively with US based Jewish Day Schools. Yossie has also impacted IT departments and programming at Harkham Hillel and Shalhevet. Now bringing his skills to YULA Boys High School, Yossie fills the positions of Educational Technology Specialist, Media Production Specialist and Broadcasting Club Coordinator. We are excited to welcome Yossie, his wife Batsheva and 2 children to our YULA family. 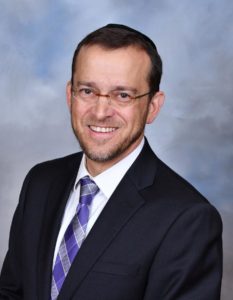 Rabbi Dov Rosenbluth, beginning his 10th year at YULA, has been a Rebbe in Los Angeles for over 20 years. He received rabbinic ordination from Yeshiva Chofetz Chaim and Mesivta Tiferes Yerushalayim (MTJ). Additionally, Rabbi Rosenbluth earned his Masters in Special Education from Adelphi University and a Masters in Counseling from California State University, Northridge. Concurrently with being a popular 11th grade Rebbe, Rabbi Rosenbluth serves as the Director of Guidance. As a licensed therapist, his responsibilities include advising the students and staff alike and overseeing the programming addressing the social/emotional needs of the students. 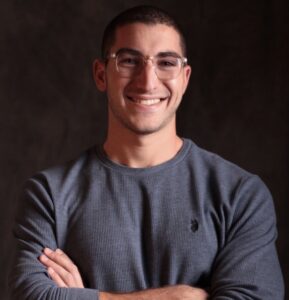 Director of Admission and Marketing

Jesse Orenshein was born and raised in Los Angeles and a proud graduate of Harkham Hillel. He attended Yula and is the son of YULA alum, Daphna Orenshein'86. Jesse is a personable, engaging, and dynamic individual who values Jewish education and is committed to living a life consistent with YULA’s mission and hashkafah. Jesse inspires all ages of the Jewish world on a personal level, as well as on a communal level. Jesse currently and will continue to serve as the Director of Youth at Young Israel Century City. During the week, Jesse has spent the last two years teaching English Language Arts at Cheder Menachem, and publishing children’s books inspired by Jewish values, under his publishing brand, Grandpa Herbie’s Stories. Jesse graduated from California State University Northridge, where he received a bachelors degree in Cinema and Television Arts. His first feature film is in post production, starring Maggie Grace and Paul Raci. In his free time, Jesse is learning to become a Sofer STaM and training to win the America’s Ninja Warrior.

Jesse and his wife, Eliza, and his daughter, Ayellete, are looking forward to being an integral part of the YULA community. 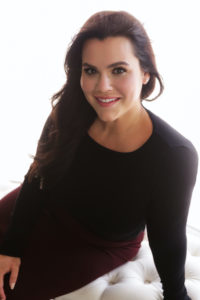 Born and raised in Los Angeles, Julie earned her B.S. from Baylor University in Waco, Texas and her M.A. in Sports Management and Human Performance from the University of Alabama. Julie's role at YULA is working with students who need short or long-term academic support. With over twelve years of experience working in both high school and collegiate athletic settings, Julie has developed a unique understanding of the importance of providing students an environment where they are challenged to learn and grow within a supportive, encouraging, and consistent community. Julie loves surrounding herself with friends and family, cooking, sports, animals (especially her dog, Winnie), spending time outdoors, and traveling. 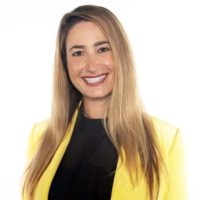 Ms. Alexandra Novak earned her BA from San Diego State University in Psychology and Communications and her MS from Indiana University in Sports Management/Athletic Administration. The majority of her career was spent in collegiate and professional athletics working for UCLA, LA Clippers, San Francisco 49ers and LAFC. Ms. Novak is also an adjunct professor at Indiana University teaching online classes in Sports Management. She is a local LA native growing up in Agoura Hills and is very involved in the JCC Maccabi Games. Creating greater school spirit towards athletics and implementing the idea of person before player, and where “we” makes, “me” stronger, is very important. Person before player and life over sport are both a reminder that YULA Girls Athletics will always place greater value on who the individual is off the court vs. what they can do on it.