YULA is proud to host student lead robotics teams in both the Girls and Boys divisions. We compete annually in the international FTC Robotics competition, with the only Sunday tournament league in the world, hosted here at the YULA Boys Division Nagel Family campus.

The robotics team assemble annually to design and construct a robot that meets the FTC annual challenge and schools across Southern California compete in the Fall and Winter, with the finalists proceeding to the regional and (hopefully!) national championships.

YULA's stellar robotics teams have proceeded to the regional finals every year since the Sunday league started in 2014! 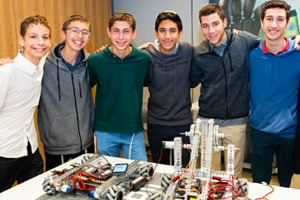 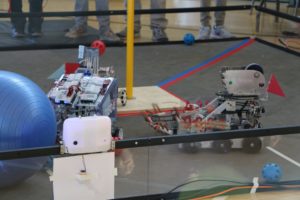